Topic : The New Frontiers of Interactive Audio in Digital Storytelling.

Still can't believe we are at our fourth event already ! Reception has been amazing so far and that night was quite special since we even got to spark a nice exchange of thoughts and questions with the audience during Eric's talk, which was super enlightening. I saw Eric speak before and it was always insightful and this time was no different.

We we're also really lucky to have had the chance to have Richard come and talk to us about his game FRACT OSC. It was quite a treat to have a game designer, creative director taking the helm at one of our events. Granted Richard is quite audio saavy, but it's not often we get the chance to have that profile "in the house", twice on the same night, because, yes, you guessed it... Eric makes games too !!!

Here is a brief recap of the titles :

"From the Sound Up - Designing the World of FRACT OSC through music".

In this design-focused talk, Richard Flanagan will present the inspiration, methodology and implementation of the world & systems in FRACT OSC. FRACT OSC is a first-person exploration puzzle game built on a world of sound where player actions directly influence the musical reactivity of the game and contribute to an evolving electronic music score. FRACT OSC achieves deep sound-reactivity by employing a custom sound engine focused on dynamic real-time synthesis. This talk will break down the hows & whys of the world structure, a deep dive into aspects of musical puzzle design, some mistakes along the way and a live demo showcasing the game.

After a brief definition and explanation of Proactive Audio theory, Eric will show how easy it is to put into practice and some of the simple wins that can be gained from it.

Here are a few pics of the night : 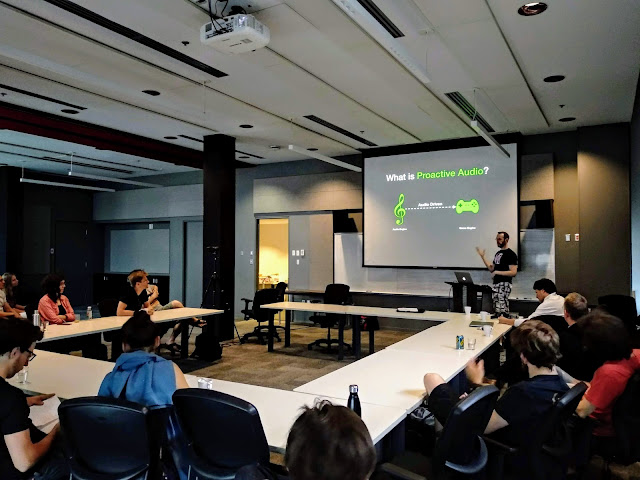 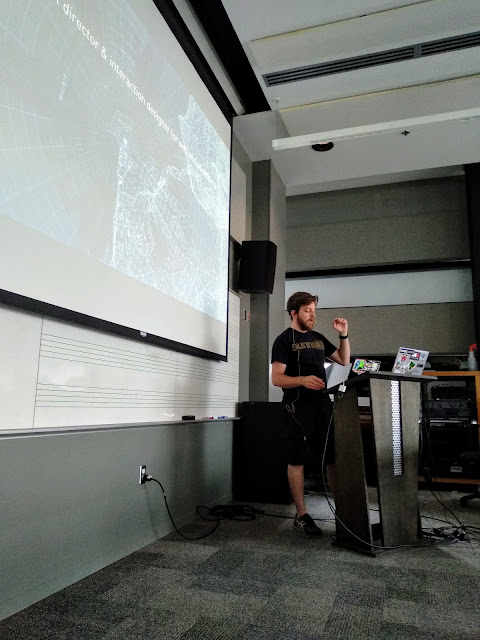 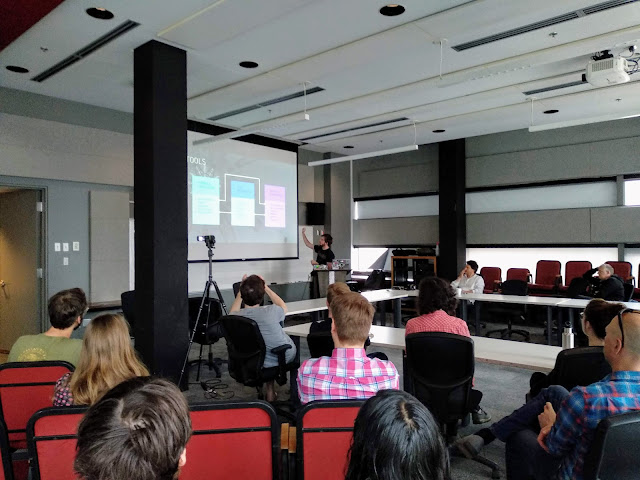 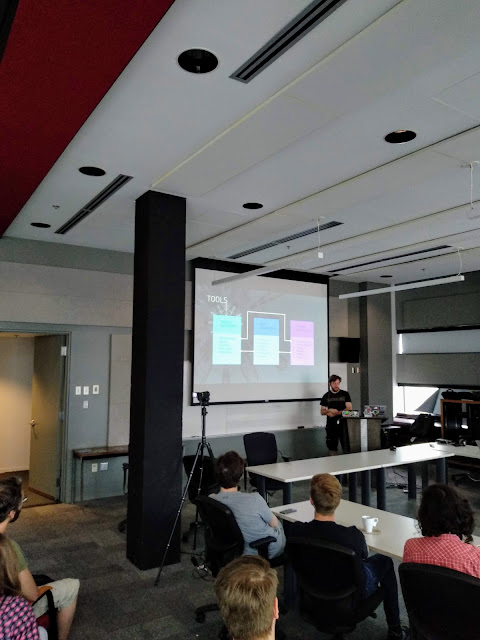 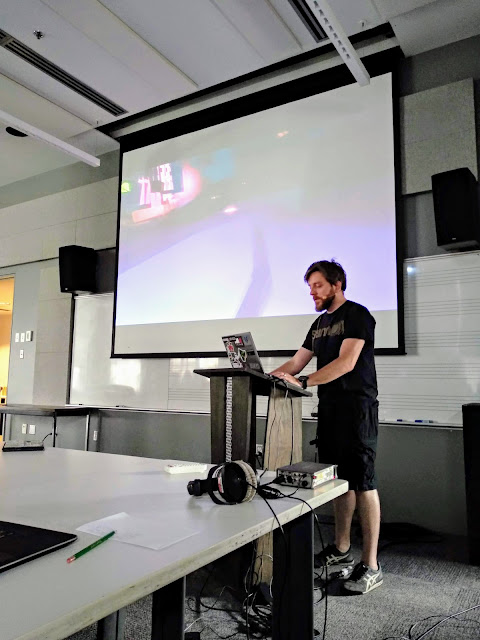 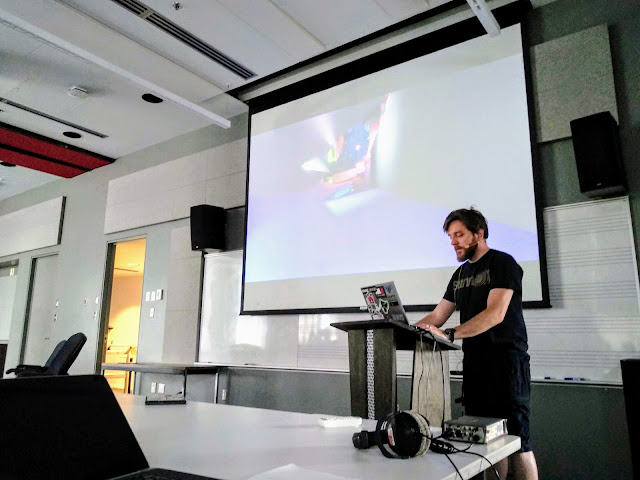 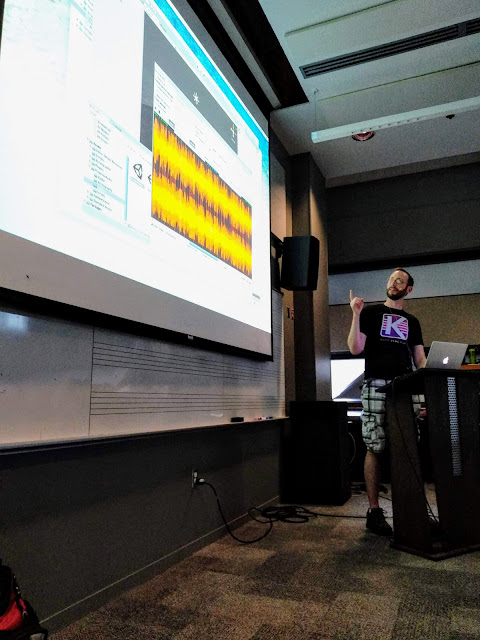 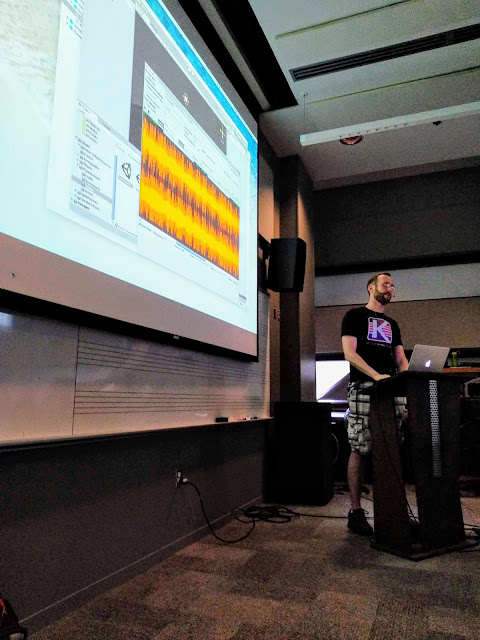 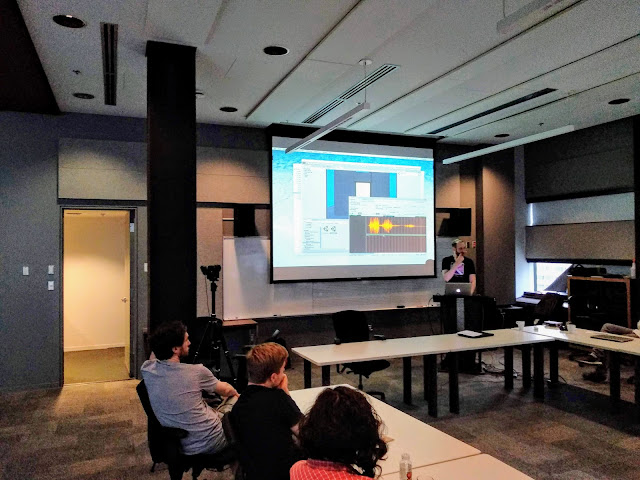 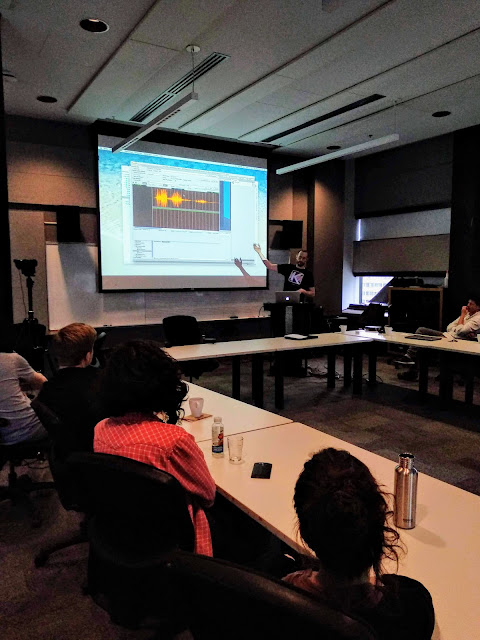 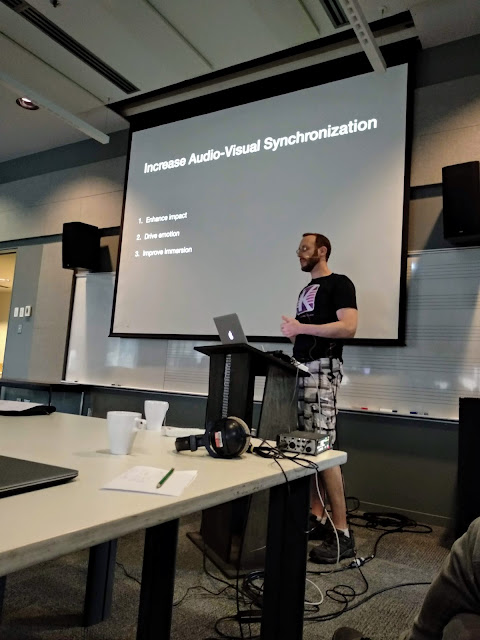 Popular posts from this blog

IAM@CIRMMT #14 : Composing and sound designing for a humorous game - all secrets revealed 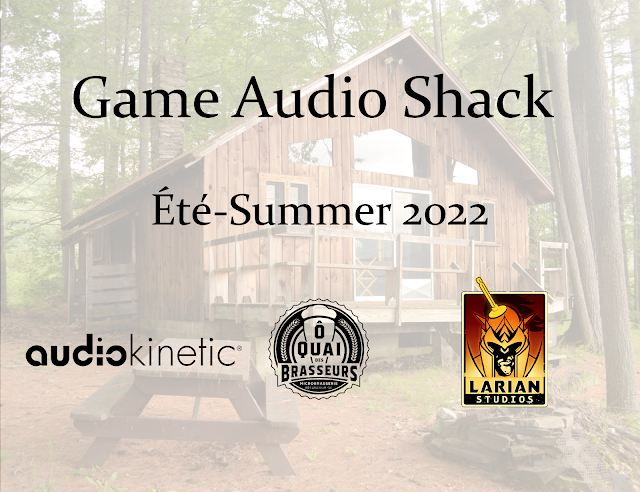